3 Australian travel experiences that will challenge your perceptions

Think you’ve got Australia all figured out? These travel experiences will change the way you see the country – for the better.

We all know Australia is a big, beautiful place, but there are also a lot of myths about adventuring Down Under that deserve to be busted. The best trips are the ones that challenge your perceptions and broaden your understanding of the world. So here are three incredible Australian travel experiences that do exactly that.

Camp in style in South Australia

Where: Wilpena Pound in the Flinders Ranges, around a five-hour drive north of Adelaide.

If you imagine camping in Australia to be more like a survival skills course than a relaxing getaway, you might be surprised by what you find at Wilpena Pound. Glamping in an Ikara Safari Tent will change the way you think about camping forever. Forget about blow-up mattresses that deflate in the middle of the night, because you’ll be comfortably stretched out in your king-size bed. And you won’t have to worry about making a midnight dash in the dark to the amenities block, because you’ll have your very own ensuite. There’s also air-conditioning, lights, a fridge to keep the wine chilled and a big deck where you can sit back and admire the breathtaking views of the Flinders Ranges while you sip your vino. Happy camping.

How to experience it: Glamp it up in style at Wilpena Pound Resort, an ideal base for exploring the Flinders Ranges.

Visit the Top End during the shoulder season

Where: Kakadu National Park, a three-hour drive south-east of Darwin.

A lot of people believe that the best time to visit Kakadu is in the dry season, between June and September, when it hardly ever rains. Sure, the weather at the Top End of the Northern Territory is nice at that time of year – when it’s not so humid – but there are lots of great reasons to go during the shoulder seasons. During April and May, you might still get a little bit of rain now and again, but you’ll get to see the wetlands when everything is still green and lush. You can also admire spectacular waterfalls on a scenic flight before they run dry. Go just before the wet season kicks off in October or November, when the billabongs have shrunk, and you’ll see great masses of birdlife that fill the sky at sunset. And an added shoulder-season bonus is you’ll also be escaping the crowds – what’s not to love about that?

How to experience it: Get off the beaten track in Kakadu on a safari-style 4WD tour. 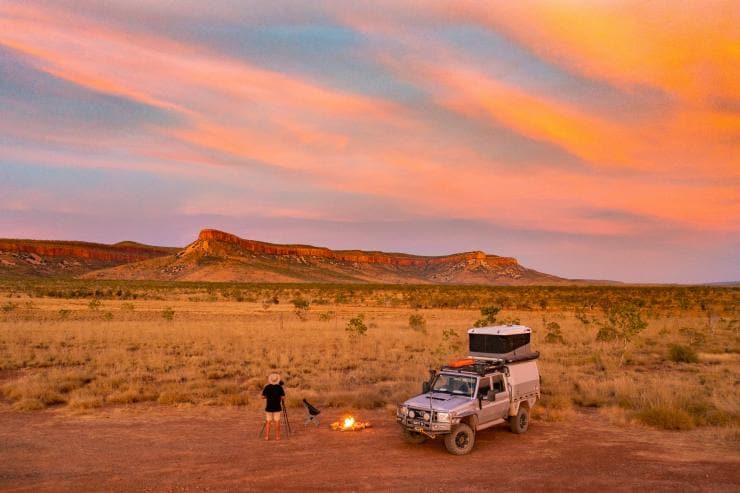 10 of Australia’s most iconic road trips

Where: The Nullarbor Plain; a five-day drive along the Eyre Highway between Adelaide and Perth.

If you’ve always thought that the five-day drive across the Nullarbor – a vast, semi-arid plain – was a big long stretch of not much, think again. It might be one of the longest, straightest, and flattest roads in the world, but there’s much more to see along the way than most people realise.

Play a round on the world’s longest golf course, the Nullarbor Links – spread across two states and two time zones, the 18-hole, par-72 course spans a mind-boggling 1,365 kilometres (848 miles). See where US Skylab Space Station crashed in 1979 at Balladonia, explore the ruins of a town being slowly buried by sand at Eucla, gaze out at the longest line of sea cliffs in the world and watch whales frolic at the Head of Bight. Visit Gold Rush towns where horses unearthed giant nuggets, Australia’s oldest bird observatory, the biggest windmill in the country, and the lack of city light pollution means that the night-time stargazing is out of this world.

But the biggest myth of all is that the Nullarbor meaning “no trees” in Latin) is treeless, when in fact the desert is covered in plants as far as the eye can see – and you can see a very long way on the Nullarbor. Driving across it really is one of Australia’s greatest road trips.

How to experience it: Set off at your own pace on a DIY road trip, or leave the driving to a guide on a Nullarbor tour.