Explore the multicultural history of the exotic pearling town of Broome and enjoy dramatic scenery as the red rocks of the Kimberley meet the aquamarine waters of the Indian Ocean.

Immerse yourself in one of Australia's most fascinating towns. On the edge of the continent, where the red earth meets the translucent Coral Sea, Broome is rich in Aboriginal, Japanese, Chinese and outback culture. Discover dinosaur footprints on ancient rocks. Buy some of the finest pearls on the planet and learn how they are created. Then dip your toe in the vast Kimberley wilderness on Broome's doorstep. 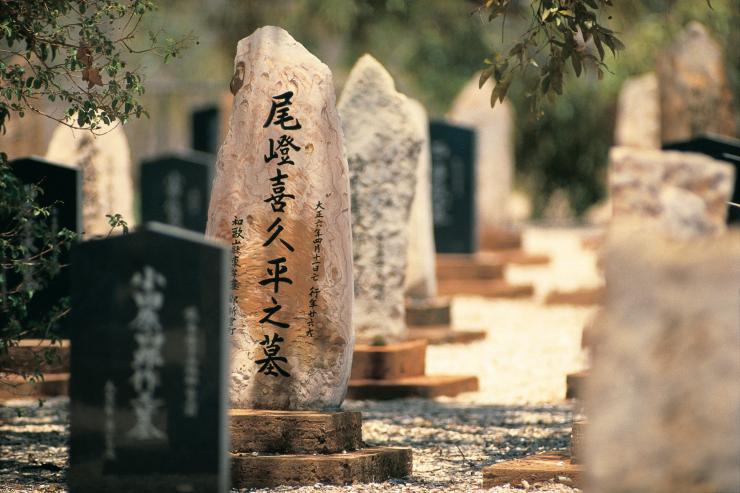 If time permits, visit the historic Japanese cemetery to see over 900 gravestones made from colourful sandstone rocks; a testament to the history of Japanese pearlers in Broome.

Morning
Begin your Broome adventure by taking a town or mangrove tour with Bart Pigram of Narlijia Tours. He's a Yawuru Aboriginal man who does a superb job of telling the complete story of Broome. Then head to Pearl Luggers in atmospheric Chinatown to learn about the history of Broome’s pearling industry. If you like what you see, head over to the Cygnet Bay and Paspaley showrooms to shop your favourite opals. If you're visiting over the weekend, pop by the Broome Courthouse Markets where you can browse for handmade jewellery, clothing and other crafty creations. Feeling peckish? Have lunch at the Green Mango Café, which also serves homemade gelato (try the local mango).

Afternoon
Drive 15 minutes to Gantheaume Point, where red cliffs plunge to the turquoise water of the Indian Ocean. In the rocky reef at low tide, you can see dinosaur footprints that are 130 million years old. If it’s high tide, look for the plaster cast of the tracks in the clifftop. Afterwards, join a guided kayaking tour with Broome Adventure Company, where you'll spot turtles and discover remote beaches. If you'd rather stay close to land, spend the afternoon exploring the 22-kilometre (14-mile) long Cable Beach, where you can swim safely during the dry season (from May to October). Whatever season you visit, finish the day with a sunset camel trek along Cable Beach and watch the sun sink into the ocean. Cheers to a great day over drinks and tapas at Zanders or the Sunset Bar and Grill of the Cable Beach Club Resort and Spa, where you’ll spend the night in a suite, villa or bungalow in its tropical gardens.

Morning
Take a bus, rent a 4WD or go by helicopter to tour the Willie Creek Pearl Farm, 39 kilometres (24 miles), or a one-hour drive, north of Broome. Watch how oyster seeding is done, take a boat cruise along Willie Creek to see the pearl racks in the water and, in the showroom, learn how pearls are graded and priced according to their shape, size and colour. In peak season (June to October), join an Eco Cruise to see whales, dolphins, manta rays, dugongs and turtles. Back in Broome, enjoy a lunch of smoked barramundi fish and mango craft beer at Matso’s Broome Brewery.

Afternoon
Visit the Malcolm Douglas Crocodile Park and Animal Refuge, where some of Australia’s largest crocodiles are fed at 3 pm. You’ll also see colourful birds, dingoes, kangaroos, emus and snakes. Next, head to the Broome Bird Observatory in Roebuck Bay, home to the world’s greatest diversity of shorebird species before venturing back to Broome for a modern Asian dinner under a shady cover of frangipani trees at The Aarli. After dinner, settle into a deckchair to watch a movie under the stars at Sun Picture Garden, the world’s oldest picture gardens still in operation. 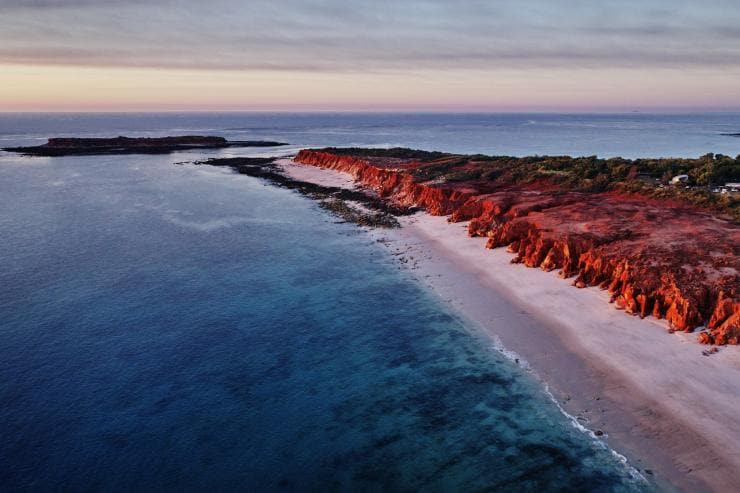 7 breathtaking sights to see in the Kimberley

Morning
This morning, join Kimberley Wild's one-day 4WD Cape Leveque Adventure to explore the remote Dampier Peninsula north of Broome. Soak up the red earth landscape from your tour bus while learning about the Aboriginal Bardi culture and its place in the Kimberley story from your guide. Your first stop will be morning tea in the Beagle Bay Aboriginal Community where you can visit the Sacred Heart Church to see its glimmering pearl shell altar. Back on the bus, you'll drive north to the Cygnet Bay Pearl Farm, Australia's only working pearl farm open to the public. Here, you can learn about the history and cultivation of the world's finest pearls.

Afternoon
Visit an aquaculture hatchery at the Aboriginal community, One Arm Point, before tucking into a picnic lunch overlooking the Buccaneer Archipelago, renowned for its king tides. After lunch, enjoy Cape Leveque's striking coastline with a swim in the turquoise water. End your trip on a high with a scenic flight back, or hop back on the bus to Broome.