3 days on the Gold Coast

Discover the best surf breaks, get your thrills in world-class amusement parks and explore lush hinterland in this three-day Gold Coast itinerary.

Beyond the Gold Coast's glittering high-rises you will discover waterfalls, wineries, craft breweries and beachside cafés, as well as theme parks for the whole family to enjoy (or just to take you back to your childhood).

3 days on the Gold Coast

Day 1: Soak up the sun on Main Beach 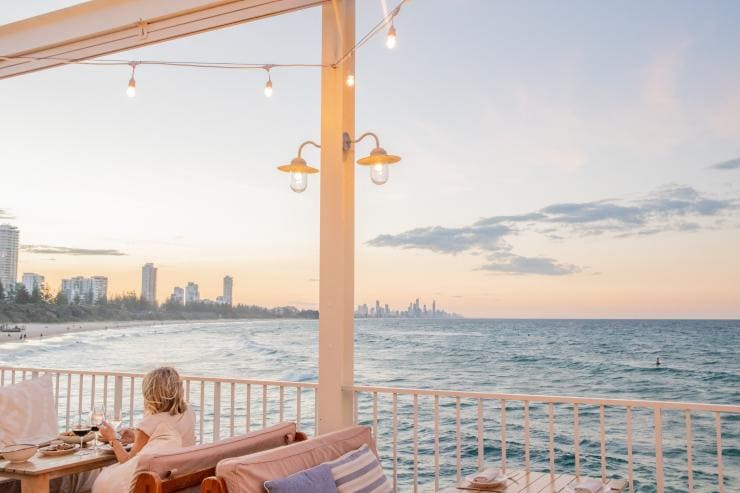 Burleigh Heads offers a dazzling view of the sunset. Watch it melt over the horizon with a pre-dinner drink at Burleigh Pavilion.

Morning
Hire a cruiser bike from Beach Bikes to explore the Gold Coast's string of beachside neighbourhoods. From Surfers Paradise it's a 20-minute ride north to Main Beach. Stop for a swim or book a surf lesson with Get Wet Surf School. Main Beach is popular among local surfers for its open surf break. Afterwards wander down Tedder Avenue, home to cafés, restaurants and boutiques. Refuel with a typical Australian breakfast and coffee at Lark Café.

Afternoon
Hop in a taxi for the 30-minute drive to Burleigh Heads. Relax on the beachfront grass beneath rows of pines and palms, or follow one of the walking trails through Burleigh Heads National Park. After checking in to your Gold Coast hotel, grab a bite in the up-and-coming neighbourhood of Palm Beach – we recommend Balboa Italian for a scrumptious pizza and wine.

Book a lesson with Get Wet Surf School

Day 2: Head to the theme parks for thrills and spills

Morning
There’s good reason the Gold Coast theme parks are big draw cards for families. Ride the highest inversion ride in the Southern Hemisphere at Dreamworld, swim with dolphins and get up close to seals in Sea World, or cool down in the giant wave pool at Wet ‘n’ Wild. Shear a sheep, pat a koala and taste bush tucker at Paradise Country or hang out with your favourite characters at Warner Bros. Movie World. If you want to visit more than one park, look into a Mega Pass, which gives you entry to Wet ‘n’ Wild, Movie World, Sea World and Paradise Country. Tickets for Dreamworld can be purchased separately.

Afternoon
After the morning's excitement, you deserve some rest and relaxation. Indulge in a soothing spa treatment at one of the Gold Coast's best day spas before perusing the Surfers Paradise Beachfront Markets (Wednesday, Friday and Sunday, 4pm-9pm). Dine at one of the area's top restaurants before heading back to Surfers Paradise to hit up the neon-lit nightlife. Stop in at Elsewhere, a hot spot for live music, or House of Brews to sample its impressive list of craft beers. 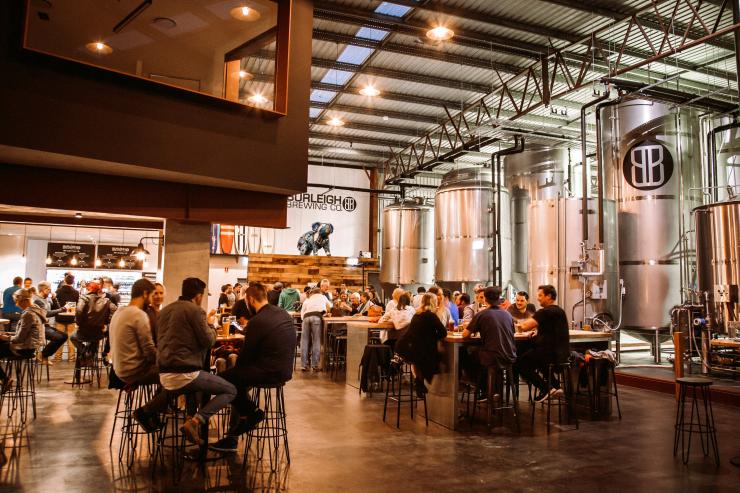 7 of the Gold Coast's best breweries and distilleries

Morning
Join a four-wheel-drive eco tour to the World Heritage-listed rainforests of the Gold Coast hinterland, an hour drive west of Surfers Paradise. Walk among the rainforest canopy on O’Reilly’s Tree Top Walkway in Lamington National Park or step inside a cave to see the cascading waterfall of Natural Bridge in Springbrook. Afterwards, pick up a gourmet picnic basket from O’Reilly’s Canungra Valley Vineyards and enjoy lunch by the creek.

Afternoon
Return to the Gold Coast and watch the sun set over Rainbow Bay, overlooking the famous Snapper Rocks surf break. Eat a delicious dinner with epic views at Rick Shores then take your pick from 40 freshly churned flavours of gelato at Gelato Messina (hint: salted caramel is the biggest seller).

Book a tour of the Gold Coast hinterland