Australia’s diverse demographics, friendly culture and strong anti-discrimination laws make it an ideal place to visit for LGBTQIA+ folk, allies, friends and families. Whether you’re looking for a fun-filled destination where you can be your loudest, proudest self or simply want to hold hands with your partner in public, Australia is generally safe and welcoming. From the world-famous Mardi Gras festival in Sydney and the queer hubs of Melbourne and Brisbane, to towns in the bush, this is a corner of the world where the rainbow flag flies high. Here’s how to make the most of your trip.

Australia is one of the most LGBTQIA+-friendly countries in the world. In practical terms, that means queer folk can feel secure almost everywhere they go. At hotels and public venues, same-sex couples and transgender people are accepted and welcomed, and discrimination against someone on the basis of their sexual orientation or gender identity is illegal nationwide.

Even so, LGBTQIA+ visitors should exercise a moderate degree of caution. In Australia, extravagant displays of affection in public – such as passionate kissing – can be frowned upon, regardless of the identities of the people involved. And attitudes towards queer people can be less positive in some regional and remote areas than in the big cities – with the notable exception of iconic places like Broken Hill.

On balance, however, Australia is an attractive and safe holiday destination for the LGBTQIA+ community. Queer visitors need not hide their true selves during their time here. 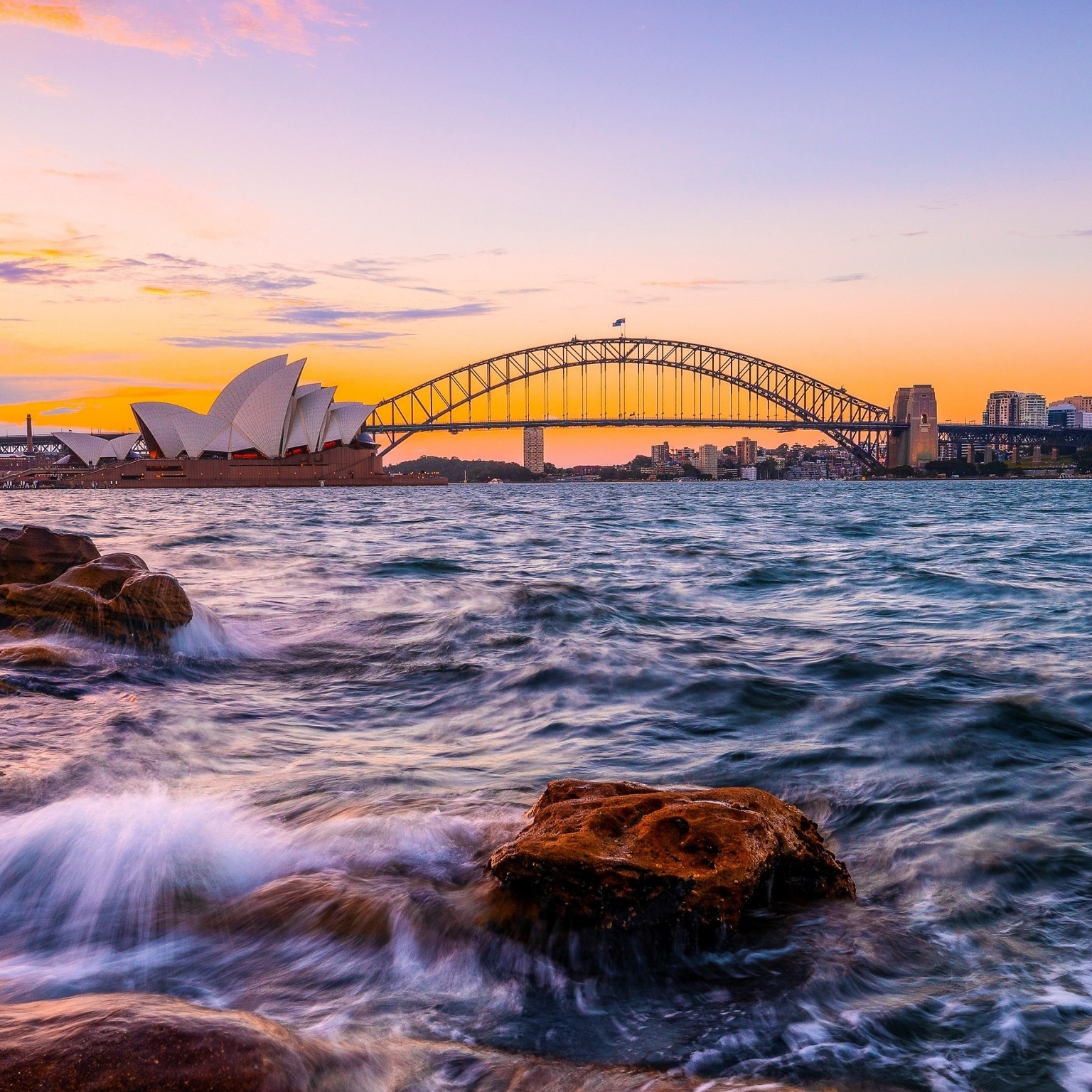 Many of Australia’s cities and towns have venues and neighbourhoods that cater specifically to LGBTQIA+ people. Cosmopolitan Sydney is considered Australia’s gay capital and boasts more LGBTQIA+-focused venues than any other city in the country, spread across several neighbourhoods (see below).

Melbourne is also a magnet for queer folk, many of whom are drawn to the city’s thriving arts and creative scenes. The LGBTQIA+ community in Brisbane is smaller but no less vibrant. 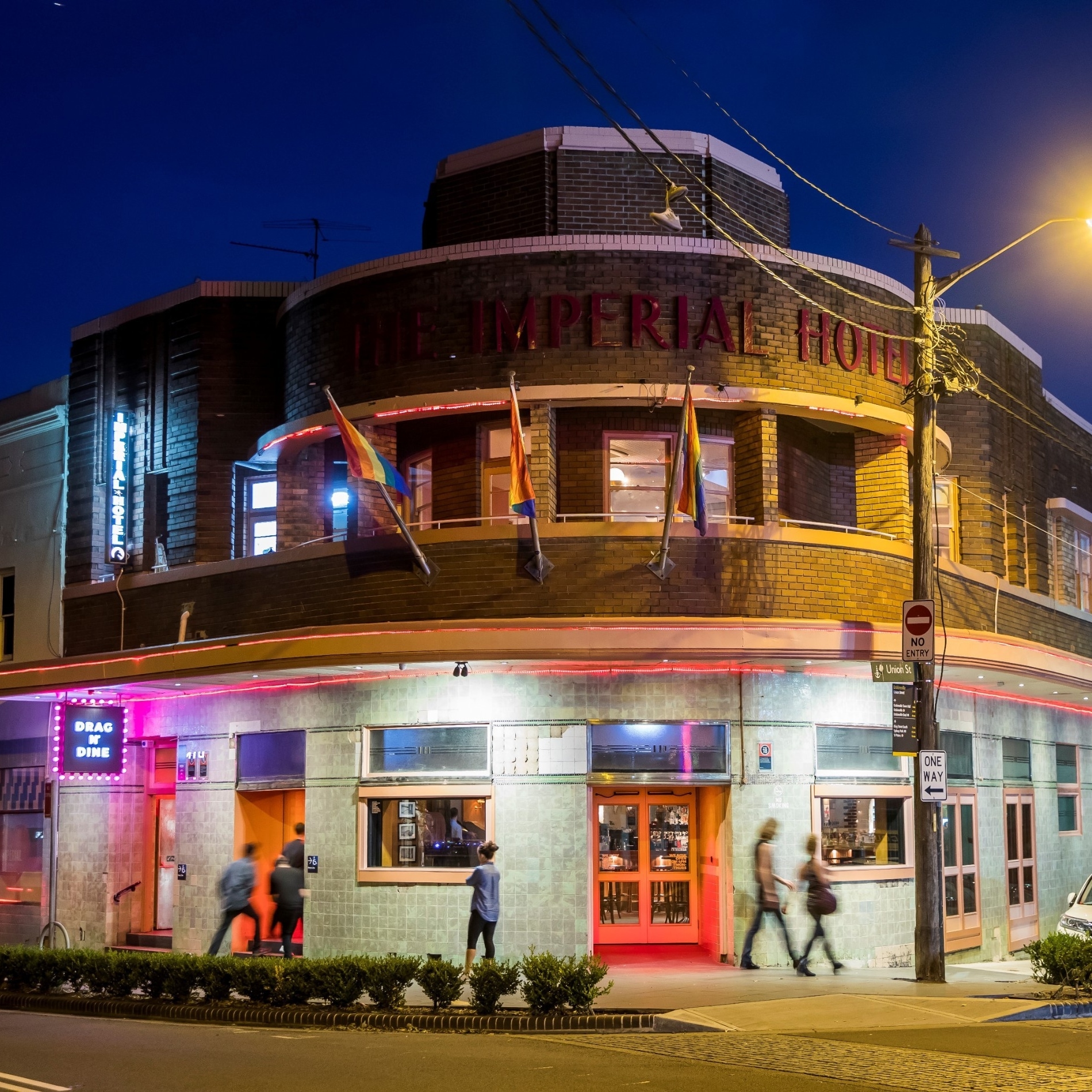 The Imperial Hotel, an iconic LGBTQIA+ venue in the inner-west Sydney suburb of Erskineville, features prominently in the cult film The Adventures of Priscilla, Queen of the Desert.

If you’re keen to mingle with Australia’s LGBTQIA+ community, set your sights on one of the many queer-friendly neighbourhoods (or “suburbs”) across the country.

In Melbourne, the action is split between suburbs to the north and to the south of the city centre. On the south side, upscale South Yarra and eclectic St Kilda are both queer hubs. On the north side, the suburbs of Fitzroy and Collingwood cater to bohemians and alternative-minded folk of all stripes, including LGBTQIA+ people. All four suburbs are within a 15-minute drive of the city centre.

The rainbow flag flies in Australia’s other main cities, too. In subtropical Brisbane, LGBTQIA+ spots are scattered across the entertainment district of Fortitude Valley and neighbouring New Farm, both less than 20 minutes from the city by car.

Australians love special occasions, and LGBTQIA+ Aussies are no exception. There’s a fantastic diversity of festivals and one-off events on the queer calendar, and the action takes place right around the country.

Melbourne’s annual Midsumma Festival is keenly awaited by LGBTQIA+ Australians, who flock to the Victorian city for up to 22 days of arts and culture. The centrepiece of the festival is the family-friendly Midsumma Carnival, but there are almost 200 other events to choose from.

Based in Lismore in northern New South Wales (about a three-hour drive south of Brisbane), Tropical Fruits is a non-profit LGBTQIA+ social group that has been throwing fantastic parties since the 1980s. The group’s New Year’s Eve festival attracts queer revellers from across Australia, and other events are held throughout the year. 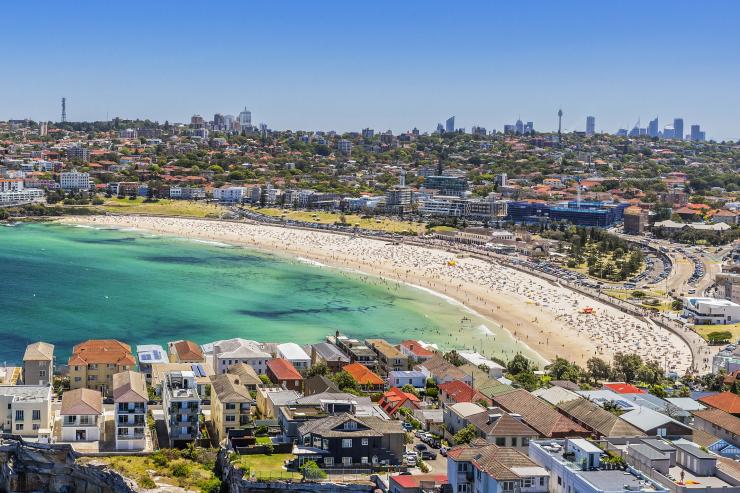 It’s arguably the most famous Pride celebration in the world, but did you know that Sydney’s Mardi Gras is actually a month-long festival, not just a parade? Every year in February, Sydney comes alive with more than 100 Mardi Gras events that celebrate LGBTQIA+ culture and activism.

LGBTQIA+ couples from all around the world are welcome to marry in Australia – and, whether you’re on a budget or splashing out, you’re sure to find the perfect place for your honeymoon.

Same-sex marriage became legal in Australia in 2017 and is widely supported by the community. Since then, thousands of local and visiting LGBTQIA+ couples have tied the knot here, because the great thing is you don’t have to be an Australian citizen or permanent resident to get married in Australia! Simply complete a notice of intended marriage form and give it to an authorised marriage celebrant at least one month (but not more than 18 months) before your wedding.