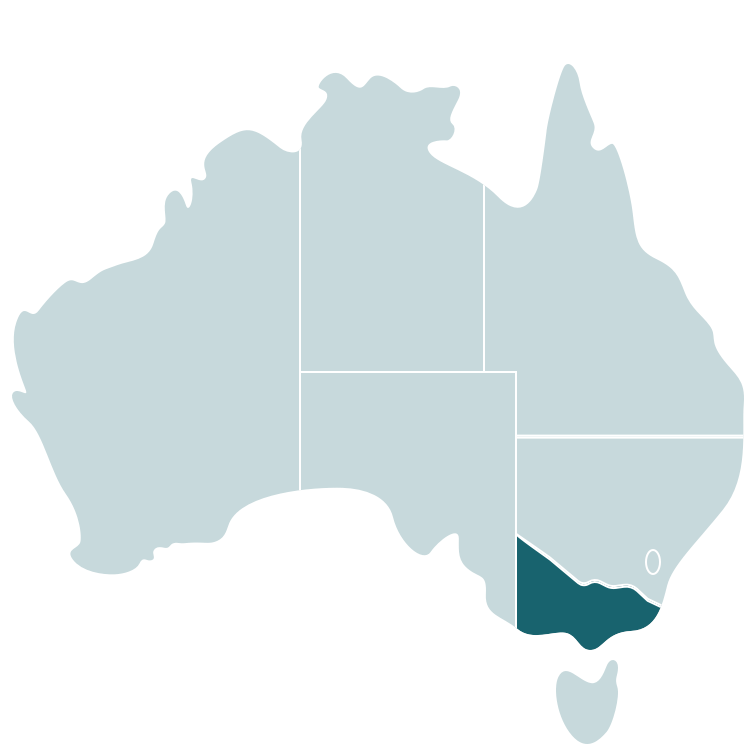 Guide to the Australian Alps

Challenge yourself in the mountainous outdoors of the Australian Alps, from its tallest peak, Mount Kosciuszko, to the tracks of Namadgi National Park and gold rush towns of the Great Alpine Road.

In winter (June to August), hit the slopes at one of the many ski resorts dotted across the peaks or have fun trying out some snow activities. In summer (December to February), climb to the top of Australia’s highest peak, Mount Kosciuszko, ride a mountain bike along contour-hugging trails, bushwalk to a heritage hut or horse ride along alpine tracks. Hike part of the 650-kilometre (403-mile) Australian Alps Walking Track or take in range-upon-range mountain views while driving the Great Alpine Road.

The best way to explore the Australian Alps is by car. From Sydney it's a 5.5-hour drive to Jindabyne, the gateway to Thredbo, Perisher and Charlotte Pass. From Melbourne it's about three hours to Wangaratta and the Victorian High Country. Snowy Mountains Airport is a 45-minute drive from Jindabyne and provides direct services to Sydney. There are also bus services from Sydney, Canberra and Melbourne.

Things to do and top attractions in the Australian Alps

There aren’t many places in the world where you’ll find snow covered gum trees on a downhill ski run, but in the Australian Alps there are plenty. In New South Wales, ski the longest run in Australia at Thredbo and enjoy quality restaurants and bars after dark. Nearby, Perisher offers a huge range of runs, as well as access to the Guthega and Blue Cow snowfields. In Victoria, ski or snowboard Australia’s powder capital, Mount Hotham or enjoy the family-friendly winter playground and cross country skiing of Falls Creek. The resorts operate in summer when you can enjoy purpose-built mountain bike tracks and excellent hiking.

The Snowy Mountains stretch from outside Canberra in the north nearly to the Victorian border in the south. Walkers of almost all abilities can reach the summit of Australia’s highest peak Mount Kosciuszko in a day hike. At the top there is a UNESCO Biosphere Reserve with 20 species of plants found nowhere else in the world. Summer hikers will pass through fields of snow daisies, billy buttons and other wildflowers. In winter, hit Australia’s highest ski slopes at Charlotte Pass or carve up the snow at Thredbo and Perisher. Don’t miss the show of autumnal leaves around Tumut and join the town in celebrating fall with April's Festival of the Falling Leaf.

Outdoor adventure in the Victorian Alps

Adventure lovers are spoilt for choice in the Victorian Alps. You can tackle winter sports, mountain biking or four wheel driving at Mount Buller. Mount Buffalo’s unique granite formations are a majestic site, especially from the summit of the Horn. Take a drive up to Mount McKay for some of the region’s best mountain views or cycle, or horse ride and cross-country ski on Mount Stirling. If you enjoy fishing, head to Lake Eildon to fish from a houseboat.

Discover the bush in the capital

The Australian Capital Territory is found in the northernmost part of the Australian Alps and is home to Australia's capital of Canberra. It is surrounded by national parks and fascinating flora, fauna and Aboriginal history. Climb or abseil the Booroomba Rocks in Namadgi National Park, about 35 minutes outside Canberra. Then mountain bike along the fire trails or bushwalk in the Bimberi wilderness  where you may see kangaroos, wallabies and northern corroboree frogs. Explore the campsites, ceremonial stone arrangements and rock art left by the Ngunnawal people thousands of years ago. In Tidbinbilla Nature Reserve, visit the 21,000-year-old Birrigai Rock Shelter and a cave where Aborigines once gathered to harvest bogong moths.

If you like bushwalking, the challenging 650-kilometre (403-mile) Australian Alps Walking Track should be top of the list. Winding through the High Country of Victoria, New South Wales and the Australian Capital Territory, the track starts in the old gold mining town of Walhalla in Victoria. The path takes you to the summit of Mount Kosciuszko before entering Namadgi National Park and finishing at Tharwa near Canberra. On the way you can fish in Kosciuszko National Park and canoe the Snowy River. If you bravely walk during winter, hit the slopes from Mount Hotham to Mount Selwyn. You can walk the track in 10 weeks or tackle shorter sections such as the Baw Baw plateau, Bogong High Plains and the Jagungal wilderness.

Set off on a scenic road trip

Get in the car and enjoy the view from winding country roads to well-perched lookouts along the Great Alpine Road, a 340-kilometre (211-mile) drive from Wangaratta in Victoria’s northeast to Bairnsdale in the heart of Gippsland. Wind past the alpine resort of Mount Hotham and stop in for a relaxing onsen bath and spa treatment at The Onsen Spa and Retreat, or take in the spectacular views from Danny's Lookout to the summit of Mount Feathertop. Australia’s highest sealed road then continues through the mountains to the vast Gippsland Lakes and Metung. Another great road trip option is the 350-kilometre (218-mile) Kosciuszko Alpine Way, which offers mountain vistas and small town charm. Stop at Dead Horse Gap to spot wild horses.

There are a number of food and wine trails to enjoy in the Australian Alps, like the 10-kilometre (6.2-mile) Pedal to Produce Trail from Milawa to Oxley. You can borrow a free bike from Brown Brothers winery, offering some of the best wine in the High Country. If you choose to venture the Great Alpine Road, start with a cheese-tasting at Milawa Cheese Company and a glass of wine at Sam Miranda Wines at Oxley. You may also pass the historic tobacco kilns of Myrtleford and can take a break in Bright at the Bright Brewery. Thredbo visitors can stop during any season at Alfresco Pizzeria for delicious Italian dishes. Outside Thredbo, stop at Wildbrumby Schnapps Distillery for a taste of their unique drop.

In Kosciuszko National Park, near Tumut, you can marvel at the huge stalactites and melt away stress in the thermal pool of the Yarrangobilly Caves. Fish for trout from the clear streams around Tumbarumba and historic Cooma, or throw your line in Lake Jindabyne. Jindabyne is a great base for adventure with cycling, caving, rafting, kayaking, four wheel driving and horse riding on offer all year round. Sailing and water skiing are particularly enjoyable in the summer months and you can book a day out with Absolute Alpine.

More experiences around the Australian Alps

The best ski resorts in Australia

Australian snowfields offer a unique experience for skiers and boarders looking for fresh snow with a beautiful bushland backdrop.

Ranging from rugged to remarkable, Australia’s national parks offer something new around every corner.

Looking for activities to make your Aussie winter ski trip extra special? There’s plenty more to do on our slopes than a scenic...