Home to incredible coastline, sparkling lakes, and some of the country’s most celebrated wines, the Limestone Coast in South Australia is a destination for all occasions.

Mother Nature sure knows how to put on a show, and this is rarely more evident than on South Australia’s Limestone Coast. Stretching along the state’s south-eastern coast, from Coorong National Park to the Victorian border, the region is peppered with geological wonders, not to mention the various spoils those very wonders help produce.

You can easily tick off the Limestone Coast’s headlining attractions on a five-day road trip out of Adelaide, charting a course to Mt Gambier and taking in scenery, shiraz and sinkholes along the way.

Start your road trip by driving just over an hour to the Fleurieu Peninsula, a stunning region with a mix of wine and nature. Stop halfway and visit a few wineries in McLaren Vale; try Wirra Wirra or Oliver's Taranga.

Continue another 40 minutes until you reach Victor Harbor, nestled right on the coast. Take a Big Duck Boat Tour to see fur seals, sea lions and dolphins, or swim with bluefin tuna with Oceanic Victor.

If you have children in tow, hop onto the Victor Harbor Horse Drawn Tram, where you'll be escorted from the mainland onto Granite Island on an old-school tram car. The Big Lobster isn’t the only oversized icon in to be found in South Australia; there are eight others, including a giant kangaroo and an ant.

Drive out of Victor Harbor and about halfway through your drive you’ll strike gold: Coorong National Park, an incredible saline lagoon popular for bird-watching, boating, fishing, camping and cultural history, among other things. The park extends about 150 kilometres (93 miles) and there are various ways to explore. Think walking trails, kayaking, four-wheel-driving… even cruising. Stop for a while to enjoy what the park has to offer, before hitting the road again.

If Australia’s ‘big things’ are of interest, swing by the Big Lobster in Kingston SE, just outside of Robe, a 17-metre (56-foot) fibreglass version of the spindly crustacean (goes by Larry, of course). For the real thing, make a dinner reservation at Sails, a popular Robe restaurant where seafood is king. Southern rock lobster is available in season (October to May), but should be pre-ordered by 2pm to avoid disappointment. Even still, you’re unlikely to be disappointed; fresh, seasonal flavours are a hallmark of the entire Sails menu.

Stay: Caledonian Inn’s Cottages by the Sea is a beachfront gem, and perfectly positioned on Robe’s main strip.

Book a cruise with Spirit of Coorong 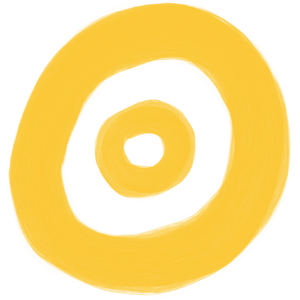 Need to tighten your schedule? Mount Gambier is a 70-minute flight to both Adelaide and Melbourne.

If the expression, ‘But first, coffee’ rings true for you, the best place to start your day in Robe is Mahalia Coffee. Mahalia is about as passionate a coffee connoisseur as you’re likely to meet and her multi-award-winning roasting house illustrates as much.

Let the caffeine kick in as you wander Robe’s main street, a quaint strip dotted with boutique shopping and inviting eateries. Then it’s off to Robe’s pristine Long Beach, one of the few Australian beaches on which you can drive. Long Beach is popular with swimmers, surfers and fishers, so take your pick and find the perfect spot – on four wheels.

Love all things ocean? Make your next stop Robe Town Brewery, which concocts the limited-edition Moby Dick Ambergris Ale. Made using ambergris, a solid, waxy substance secreted by sperm whales into the ocean, the beer is a curiosity to say the least, but a fun addition to the brewery’s 20-plus catalogue of tipples.

Day 4: Robe to Coonawarra via Naracoorte

About a 75-minute drive from Robe, Naracoorte Caves National Park is South Australia’s only World Heritage-listed site, not to mention one of the most significant fossil sites in the world. There are four caves open to the public, each a fascinating look back in time.

In the present, it’s wine time, and there’s nowhere better to indulge than in world-renowned Coonawarra. The region is synonymous with cabernet sauvignon, although all varieties produced in the Coonawarra are worthy of praise. No need to draw straws for the role of designated driver, either. Coonawarra Experiences’ wine-touring service will take you cellar-door-to-door, so all you have to worry about is tasting notes. Tailor the tour to suit your palate, but it’s hard to go wrong in the home of Hollick, Rymill Coonawarra, Wynns Coonawarra Estate, Katnook Estate and the like.

Stay: Cosy up among the region’s famous vines at The Winemakers House at The Blok Coonawarra. Or, for glamping enthusiasts, the bell tents at Bellwether Wines put guests amid centuries-old red gums, just metres from the cellar door. If you have a day or two to spare, take a coastal detour to Robe for golden beaches, shopping strips and quaint cafés.

Kick-start the day’s adventures with a stop in the nearby town of Penola for breakfast and a wander through historic Petticoat Lane before making tracks for the city of Mount Gambier.

While natural wonders abound throughout the Limestone Coast, Mount Gambier delivers some of the best, starting with the Blue Lake. Occupying one of the city’s two extinct volcano craters, the lake is a must-see between November and February (give or take) when the water mysteriously changes to an intense cobalt blue.

With its hanging vines, manicured terraces and verdant lawn, Umpherston Sinkhole is another magical sight, located within the city itself. Also known as the sunken garden, the chamber was created naturally by a collapsed cave roof, after which the resulting cavern was beautified by James Umpherston in the 1880s.

Sinkholes aren’t uncommon around these parts, and another worth exploring is the Kilsby Sinkhole. Located on a family farm, the 65-metre (213-foot) deep limestone cavity has been transformed into a world-renowned dive site. Its water source is also used for another Kilsby-family project – Sinkhole Gin.

Round out your travels in style with dinner at Mayura Station (by appointment only Thursday to Saturday), the ultimate in paddock-to-plate dining and famous for its full-blood Wagyu beef, before getting a good night’s sleep in preparation for the roughly five-hour drive back to Adelaide the next day.

To find out more about road trips in South Australia, go to southaustralia.com.