Resilience and regeneration: be part of Australia’s bushfire recovery

No one will forget the 2019/20 Australian bushfires. But shining through the devastation is the regeneration and resilience of the affected communities, land and unique wildlife, and their path to recovery.

As the regeneration continues, you can play a part and have a positive impact by visiting these regions, witnessing and learning about the effects of bushfires, and even helping out with wildlife recovery efforts.

Day one, everything was black. Within a week it was black with bright green. 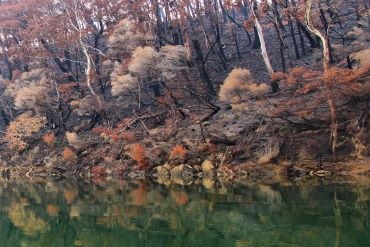 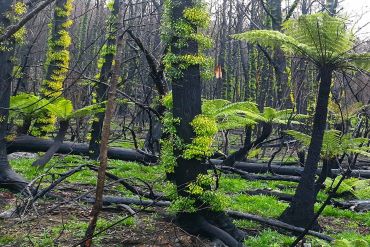 Surviving and reviving on Kangaroo Island

Social initiatives such as the @emptyesky movement and Buy from the Bush are helping to support affected communities, and are easy to get involved with.

Kangaroo Island, off the coast of South Australia, is often described as “Australia’s zoo without fences”, as it’s one of the best places to see an abundance of the country’s native wildlife up close.

Although almost half of the island was affected by bushfires, there’s still plenty of beauty to behold here, with the majority of populated areas untouched. The incredible local experiences continue in full-force too; think swimming with wild dolphins at Kangaroo Island Marine Adventures, sampling organic Ligurian honey at Island Beehive or tasting wine at cellar doors across the island, among many other one-of-a-kind holiday experiences.

Since the fires, ecotourism venture Exceptional Kangaroo Island has partnered with local charity Kangaroo Island Land for Wildlife to take guests to the largest tract of untouched bushland on the western end of the island, meaning visitors can still get that unique Kangaroo Island experience.

Here you can see how local ecologists Heidi Groffen and Pat Hodgens track endangered Kangaroo Island dunnarts and discover if infra-red camera traps have snapped any of these tiny carnivorous mammals overnight. Then it’s off to explore Flinders Chase National Park’s iconic rock formations, learn about fire ecology and see new life in the bush. “Mallee eucalypts are coming back from their underground roots, and there’s an extraordinary number of plants that are growing from seed,” says Craig Wickham, co-owner of Exceptional Kangaroo Island. “Things are looking pretty good.”

Rebuilding in the Adelaide Hills

The scenic Adelaide Hills, an hour’s drive east of Adelaide in South Australia, is a popular destination for many reasons. Home to pretty wineries producing top-notch drops, restaurants that feature and hero quality local produce and ingredients, and lovely gardens and flower farms adding to the picturesque setting; there’s much on offer a short hop from the city.

Unfortunately, some wineries were in the path of the summer bushfires, including Golding Wines near the town of Lobethal. The estate lost or suffered damage to 95 per cent of its vineyards in the fire that swept through on 20 December 2019.

In the immediate aftermath, the priority for owners Lucy and Darren Golding was to restore irrigation and get water to affected vines. Then the recovery effort began as offers of assistance poured in.

"We’ve got a really great loyal following in South Australia", Lucy says. "The community support we received after the fire was overwhelming and helped boost spirits. Just knowing that thousands of people had our backs and were ready to come and support us as soon as we could open again was amazing."

The community support we received after the fire was overwhelming and helped boost spirits.

Fast-forward a few months and, Lucy says, “the vineyards are actually looking good. Just coming up our driveway and into our property, it would be hard for people to tell where the fire actually came through.”

It will be a three-to-five-year process to get the vines back to bearing fruit. In the meantime, you can sample wines spared from the fires at Golding Wines' tasting room as part of a tour of the region’s many cellar door experiences. Plan a road trip to the Adelaide Hills and you’ll soon see there’s still so much to do and explore in this beautiful region. 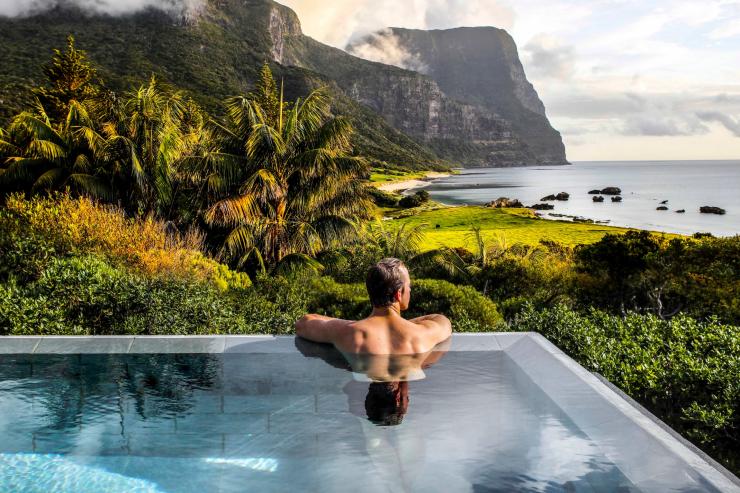 Planting trees for koalas in Victoria

Australians (and the world!) love our native koalas, and since the bushfires, which affected these cute creatures in a number of regions, many individuals and conservation groups have taken action to protect them.

One of those regions is East Gippsland, which stretches along Victoria’s coast from the New South Wales border to the Gippsland Lakes. Here Janine Duffy, of Echidna Walkabout tours, has redoubled her efforts to help bolster surviving koala populations.

Janine’s strategy is to bring groups in to plant trees on private land next to bushfire-affected national parks. This will help support existing populations of koalas, so they can recolonise national parks when those areas have regrown.

Janine says, “and the best way to do that is to plant along the rivers and streams on farmland, where the trees will grow. If koalas can spread out across the landscape, they’ll be so much safer from the possibility of fire.”

Echidna Walkabout plans to offer this rewarding experience during the tree-planting season in East Gippsland, which runs from April to May and September to October each year, so don’t miss your chance to help protect the future of this furry marsupial.

Even if you can’t time your trip for the tree-planting season, every visit to the region helps affected communities recover. Victoria’s north-east is perfect for a road trip at any time of the year – just follow the Great Alpine Road, which stretches from the town of Wangaratta through the Australian Alps to the Gippsland Lakes. Or you can explore Gippsland’s spectacular wilderness on an epic road trip from Melbourne.

Welcoming wildlife back to the Shoalhaven

The Shoalhaven region of New South Wales, a two-hour drive south of Sydney, is known for its long beaches, rugged mountains and charming towns such as Berry and Kangaroo Valley, so it’s easy to see why it’s such a popular holiday destination. But like many South Coast areas, the region was heavily impacted by the fires. Fortunately, regeneration is well underway, and a visit can provide an important educational experience on the impact – and necessities – of bushfires and to see the regeneration first-hand.

On its Travel with Purpose package, Wild Food Adventures takes you into the Shoalhaven’s Morton National Park to see bushland affected by the 2019/20 fires coming back to life.

The tour, says Wild Food Adventures’ Amanda Fry, “is about taking people into the fire zone and talking about all the impacts, whether it be on human existence or on wildlife. Gum trees don’t germinate without it. The whole ecosystem is designed around fire to bring life.”

"While the scale of these bushfires was unprecedented, fire is a necessary part of the regeneration process in Australia." - Amanda Fry

Travis Frenay, one of the guides on the Travel with Purpose experience, says the amount of wildlife moving back in has been inspiring. “Lyrebirds are scratching on the ground again, there’s been honeyeaters on some of the new flowers, and cockatoos coming through, getting their seeds from casuarinas and gum nuts. It’s not as deathly quiet – it was quite eerie there for a while, but now it sounds like the bush should sound again.”

Adapting on the South Coast

The magnificent South Coast of New South Wales stretches south of Sydney, through the Shoalhaven to the Eurobodalla region, where the bush gives way to lush farmland and beautiful beaches. The region continues along the Sapphire Coast, named for its sparkling beaches and charming seaside towns. The 2019/20 bushfires mostly affected bush inland, but fires also reached some coastal centres, including Batemans Bay and the port of Eden. Inland from the coast, the Snowy Mountains region was also impacted, as was Namadgi National Park in the Australian Capital Territory.

Before the fire season, Jenny Robb, of Kiah Wilderness Tours, would take guests into Ben Boyd National Park, south of Eden, to do the popular two-night Light to Light Walk between two lighthouses. Walking tracks affected by the bushfires in the park aren’t expected to reopen until 2022, so Jenny has pivoted to showcase some of the other gems of the region, offering glamping and kayaking on the river at her nearby property.

Jenny says there’s a huge amount of interest from guests in how the bush is recovering. Speaking about her land, she says: “Day one, everything was black. Within a week it was black with bright green, and that was largely because the ash from the fires is such a magnificent fertiliser. Now we have brown, yellow, orange, green and black.” 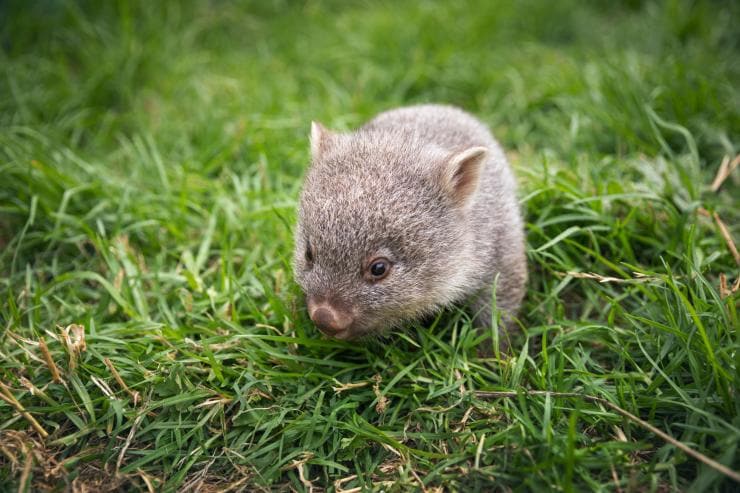 Wombats have been known to share their burrows with other wildlife during a bushfire.

Birds quickly returned; she says. “The wombats are all back again. We’re seeing kangaroos and wallabies again. Everything seems to be back.”

Whether you go glamping in Eden or holiday at one of the many other welcoming destinations along the South Coast, you’ll discover the many attractions of the region while also supporting affected businesses and communities during their recovery.

Restoring the bush in the Blue Mountains

Watch: a view of the Blue Mountains

Large areas of the UNESCO World Heritage-listed Blue Mountains National Park were affected by the bushfires, although popular tourist towns such as Katoomba and Leura were untouched. Emirates One&Only Wolgan Valley, a luxury resort about a three-hour drive north-west of Sydney, was not so fortunate. Fires affected bushland across its 2,800-hectare (7,000-acre) wilderness reserve.

A team of One&Only field guides fought the fires when the front came into Wolgan Valley. Simone Brooks, the resort’s activities and conservation manager, says guides were “on the fire hoses”, successfully protecting stands of mature trees that were home to vulnerable nocturnal animals.

Now, guests can get involved by planting trees in areas affected by the fires and helping rebuild habitats across the resort’s 2,800-hectare (6,900-acre) nature conservancy. Or you can simply observe first-hand the resilience of the Australian bush as you explore the valley.

“Just walking around the reserve and seeing the recovery of the bushland and the abundance of the wildlife is a very positive, inspiring experience,” Simone says. 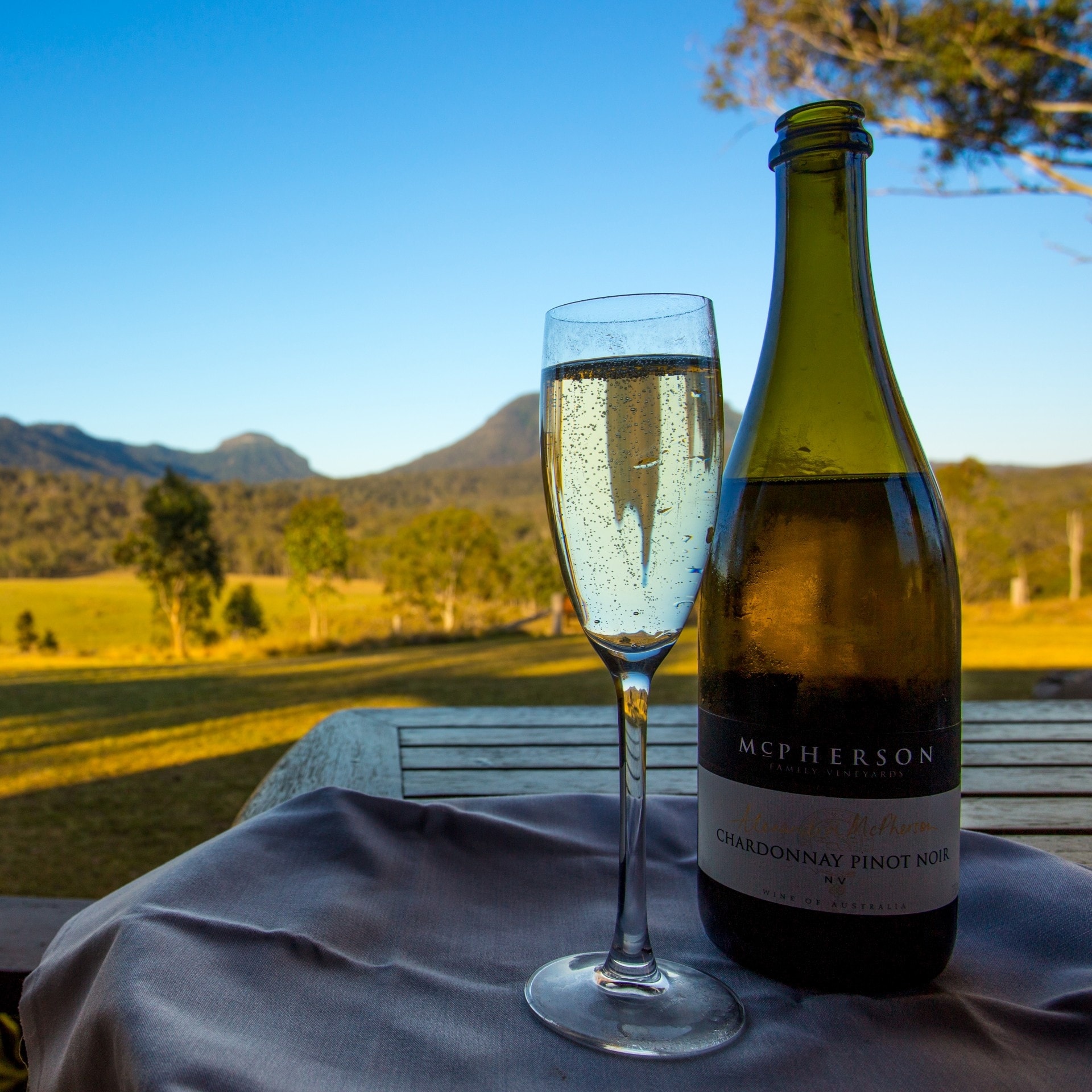 The Scenic Rim isn’t just about natural wonders: the region is also home to plenty of wineries, breweries and a distillery.

In November 2019, bushfires swept through the region, affecting sections of the 3,200 hectares (8,000 acres) of rugged bush at Spicers Peak Lodge. The luxury retreat itself, which sits on an open plateau, was thankfully spared.

Now, when the lodge’s resident nature guide, Melissa Booth, takes guests on a Wallaby Walkabout tour, the discussion centres as much around fire ecology and bush regeneration as it does about spotting the red-necked wallabies jumping through the trees.

Melissa shows guests how eucalypt trees have a natural layer of insulation against fire. She finds a charred tree, and scrapes back a section of the burnt bark to reveal healthy wood beneath. “The bark layer on a lot of the eucalypts serves as an important insulator,” she says. “A lot of what we are seeing is surface char and it hasn’t really interfered with the growth of the trees themselves too badly, which is encouraging.”

People have an understandable fear of fire, Melissa says, “but sometimes fire can be really healthy. The natural environment is used to dealing with this, and it has natural defence mechanisms against it.” Melissa often finds there's a “wow factor” when guests learn these facts, and they return to their luxury suites and private lodges with a new appreciation of the resilience and regenerative power of the Australian bush.