Sydney’s underwater world is a local secret, so it may surprise you that diving here will reveal incredible biodiversity and stunning underwater landscapes.

Sydney is world-famous for its beautiful harbour and white sandy beaches, but scuba divers will perhaps be surprised by the beauty that can also be found underneath the waves. From the bountiful and biodiverse waters of the marine reserve at Shelly Beach, Manly, to the macro wonders in Chowder Bay, Mosman. Better still, some of the best dive sites are accessible as an easy shore dive.

In fact, some marine life encounters common to Sydney waters cannot be experienced quite so easily anywhere else, from tiny pygmy pipefish and weedy seadragons to giant cuttlefish, Port Jackson sharks and wobbegongs. Here’s where to find them. 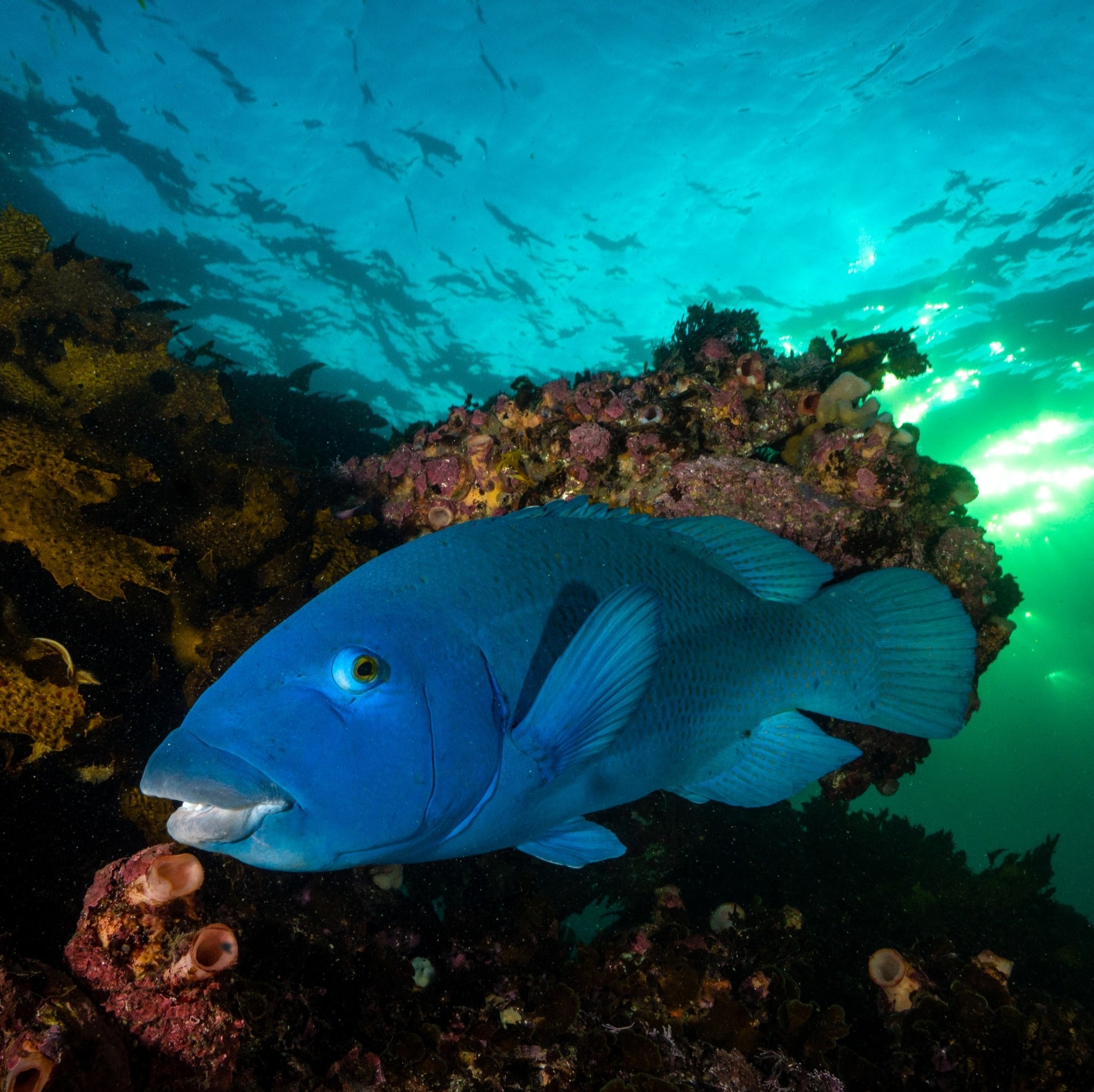 You don’t have to scuba dive to see the marine life in Cabbage Tree Bay, encounters can easily be had simply swimming or snorkelling.

Just 16 kilometres (10 miles) north of the city, the beachside suburb of Manly is home to Cabbage Tree Bay Aquatic Reserve. Fairy Bower and Shelly Beach dive sites sit within the sheltered confines of the reserve, making them fantastic for both day and night dives. Shelly Beach is also a great place to learn how to dive, with easy entry into the water in the shallow, protected bay.

Depending on the time of year, you’re bound to run into giant cuttlefish, Port Jackson sharks, wobbegongs, sting rays of various description, and seriously large schools of fish. You will always be accompanied by a friendly eastern blue groper – the marine symbol for New South Wales, who follow you round on your dive like a puppy.

You could spend hours here and never cross the same path, yet still encounter over 160 species of fish and rays. And you never know who’s coming to visit. One week it might be a turtle or a dolphin, next week it’s dusky whaler sharks or Port Jackson sharks. Divers have even been lucky enough to see a fever of cow nose rays on occasion. Follow the shoreline east from the beach around the heads and look for weedy seadragons in the kelp forests and check out the motorbike sitting on the sea floor on the way back – there’s often a scorpionfish sitting on what’s left of the seat.

The nets around the swimming enclosure are home to a healthy population of White’s seahorses, lately boosted by the addition of Seahorse Hotels and the introduction of 90 aquarium-bred juveniles in a bid by marine scientists to prop up the population of this endangered species.

The site is best accessed from the end of the jetty which runs alongside the shark-netted swimming area. Be sure to spend plenty of time exploring the net and pylons for seahorses and decorator crabs and swim out towards the buoy and the rubble of an old wreck where you’ll find blennies, pipe fish, moray eels, octopus and flying gurnards.

Just under an hour drive south of the city is Kurnell, home to two relatively easy dive sites: Kurnell Monument and The Steps. Monument faces north-west and is essentially a drift along the beach side. Kurnell Steps faces north-east and is more exposed to tidal flow in and out of the harbour.

The Steps is sometimes referred to as ‘The Home of the Weedy Seadragon’. It’s usually easy to find a them here and those with keen eyesight may also spot several resident pygmy pipefish. As it’s shallow, there’s plenty of light and it’s an amazingly colourful dive.

Depending on the tide, head east or west. East will take you past kelp (and a plethora of weedy seadragons) and the west takes you past a large stand of kelp, over a collection of boulders and a number of nice swim-throughs and diversity of aquatic life. Eventually, the wall becomes steeper and more defined as you move towards the boundaries of the ‘Monument’ dive site.

Access from the carpark is down a winding staircase about 15 metres, to the entry point on a flat rock platform.

Bare Island, located off La Perouse Point in Sydney’s south east, is home to two dive sites. Left Side which is best, but a bit tricky in even a mild southerly swell, and Right Side, which is where you dive when there’s a bigger southerly swell.

Here you’ll find lots of soft coral and sea stars as well as plenty of nudibranch action. The sponge gardens are especially pretty. Be sure to look closely for pygmy seahorses and pygmy pipe fish. The max depth is about 12 metres (39 feet), but you’ll see the most interesting stuff at a seven-metre (23-foot) depth profile.

To access the site, it’s an easy walk from the La Perouse carpark down and across the bridge to the island, with access to a flat rock platform a few steps down at the end of the bridge.