From urban jungles to beachside enclaves, LGBTQI Australians have put their stamp on plenty of Australian neighbourhoods (referred to locally as “suburbs”). While you’ll find queer folk everywhere you go in Australia, a trip to one of the following locales is a particularly good way to meet rainbow Aussies and discover local LGBTQI culture. Don’t be shy about striking up a conversation: queer Australians are a welcoming bunch who will make you feel safe and at home.

Kick up your heels in Sydney’s Darlinghurst

Where: about a 10-minute drive from the city centre.

In Sydney, bustling inner-city Darlinghurst is the focal point of the annual Mardi Gras festival and home to some of Australia’s longest-running and best-known LGBTQI bars, such as The Colombian, Arq Sydney  and the Stonewall Hotel, where you can catch drag shows and dance on podiums until late.

Most of the action takes place along the main thoroughfare of Oxford Street, which is lined with entertainment venues, affordable eateries and LGBTQI-friendly retailers such as The Bookshop.

Away from the bright lights, many LGBTQI Sydneysiders live in residential pockets of Darlinghurst. The neighbouring suburbs of Surry Hills and Potts Point are queer hubs, too; both spots are known for their concentrations of top restaurants and their well-dressed residents.

How to experience it: Looking for epic queer nightlife that rages till dawn? Darlinghurst is the perfect spot for a big gay night out.

Get quirky in Newtown, Sydney 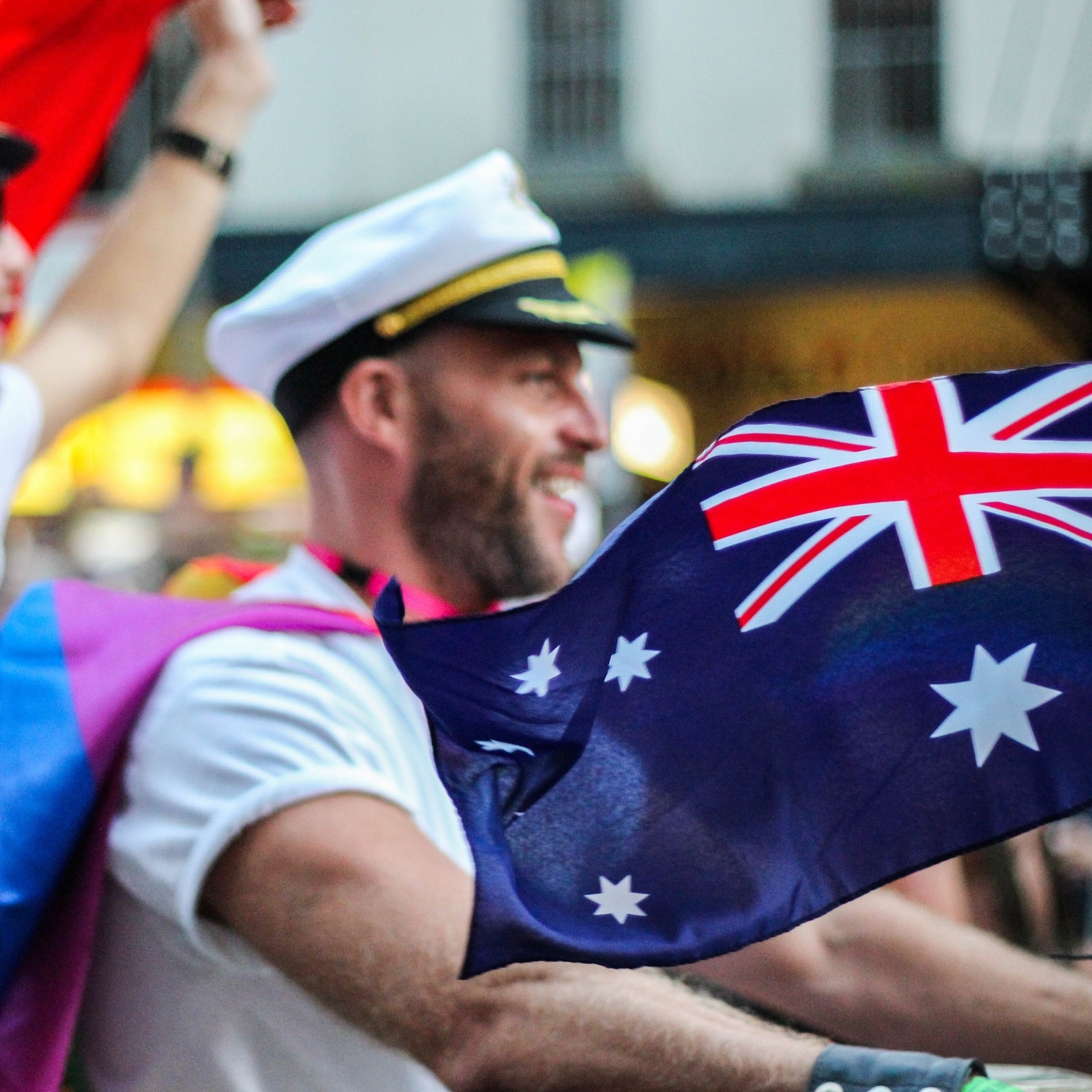 Younger LGBTQI Australians have embraced the catch-all term “queer”, which no longer has negative connotations.

Where: a 10-minute drive from Sydney’s city centre, in the area known as the Inner West.

Newtown also boasts some of the best casual dining in Sydney. Stroll King Street and take your pick from busy Thai restaurants, such as Thai Pothong and Atom Thai, or seek out cult bakery Black Star Pastry and sample its renowned strawberry watermelon cake.

At night, the action moves to trendy cheese and wine bars such as the Continental and stalwart venues including The Bank. In nearby Erskineville, the Imperial Hotel has been an LGBTQI meeting spot since the 1980s.

How to experience it: Spend the day shopping for funky vintage wares and enjoying the creative street art that lines the residential streets. In the evening, see a concert or comedy show at The Enmore before tucking into your choice of a range of fantastic food and drink venues.

Find more to do in Newtown

Where: on Melbourne's northside, about a 15-minute drive from the city centre.

The adjacent suburbs of Fitzroy and Collingwood are the hub for Melbourne’s more alternative queer scene. The streets are full of colourful characters, and you’ll see plenty of piercings and tattoos.

In Fitzroy you’ll find the long-running rainbow bookshop and gathering place Hares & Hyenas, the avant-garde fashion mecca Bruce and lively queer bars and clubs such as The 86 and Sircuit.

Fitzroy and Collingwood also offer some of Melbourne’s best coffee at alfresco cafés that line Brunswick and Smith streets. Grab a table and admire the passing parade.

How to experience it: Find one-of-a-kind treasures in the shops along Gertrude street before indulging in the eclectic mix of restaurants on Brunswick and Smith streets. Stick to Brunswick Street or nearby Johnson Street for live music and boutique bars.

Shop Melbourne until you drop Melbourne’s store-lined Chapel Street runs through the suburbs of South Yarra, Windsor and Prahran, making it one of Australia’s largest retail and lifestyle precincts.

Where: on Melbourne’s southside, a 15-minute drive from the city centre.

Pretty South Yarra has become the suburb in which many of the city’s queer residents aspire to live. Chapel Street is full of boutiques and upscale cafés, such as Ned’s, that are thronged with smartly dressed couples on weekends. Nearby, hotels The Olsen and United Places offer luxurious accommodation and exclusive atmospheres.

Keep heading south along Chapel Street and you’ll pass through busy Prahran before reaching the seaside suburb of St Kilda, a 20-minute drive from the city. This stretch of Chapel Street plays host to many of Melbourne’s best LGBTQI events and parties: top venues include lesbian-friendly Attik and queer institution Chasers, which is home to the long-running Poof Doof. (Note that “poof”, short for “poofter”, is a derogatory term that has been reclaimed by the club and its LGBTQI patrons.)

How to experience it: South Yarra is bohemian living – the queer way! Seemingly endless shopping, beach culture and live music are all on offer here, making it a great destination at any time of year.

Seek out queer scenes around the country

Though Sydney and Melbourne offer the widest variety of experiences tailored towards LGBTQI travellers, several other Australian cities also have vibrant queer communities.

If you’re visiting Brisbane, you’ll find LGBTQI bars and clubs in Fortitude Valley and a queer-friendly atmosphere in nearby New Farm, where Brisbane Pride’s annual Fair Day takes place. Both suburbs are about a 15-minute drive from the city centre.

In Perth, which hosts a month-long PrideFEST event each November, there are LGBTQI social events at The Court and Connections Nightclub in the city centre, and queer communities in the suburbs of Maylands and Bayswater, both less than a 20-minute drive from the city.

And in Adelaide, LGBTQI folk are highly visible in the city centre, in neighbouring North Adelaide, and in the beachside suburb of Semaphore, a half-hour drive north-west of the city.

How to experience it: Enjoy a more low-key Aussie queer culture when you visit rural, remote and smaller-cities. Join the fun when you come for the festivals, or simply mingle with the locals at a trendy bar or beachside cafe.

Come here and be queer